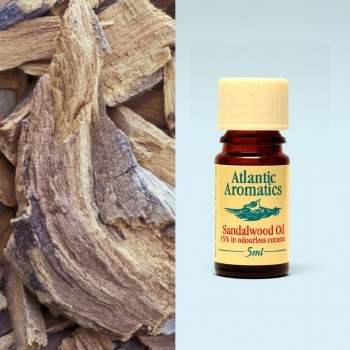 Info: To make it accessibly priced we supply this oil diluted to 15% in odourless coconut oil
This Sandalwood oil comes from a plantation established in the late 1990's in the Kimberley Region of Western Australia. An area that was formerly desert has been transformed into a forest. The first trees were harvested in 2014 and a new distillery has been set up. This is the first large scale plantation of the Santalum album species.

This product has not yet been reviewed.

Please login or register to write a review for this product.